For a full synopsis of each book, click on the book cover, or go to the "Shop" page 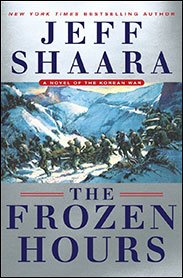 The Frozen Hours by Jeff Shaara, 2017. A Novel of the Korean War.  The astounding drama and tragedy of the Chosin Reservoir Campaign in the fall and winter of 1950, where American and Chinese combatants faced off in the brutal cold.  Told through the eyes of the Marines commander, Gen. Oliver Smith, plus a young Marine veteran, and the Chinese commander who throws his enormous force against the beleaguered Marines.  Winner of the 2018 "James Webb Award", by the Marine Corps Heritage Foundation. 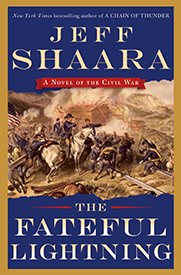 The Fateful Lightning by Jeff Shaara, 2015. A Novel of the Civil War-  the 4th and final volume in the “war in the west” series, dealing with the extraordinary drama of Sherman’s March, and the final days of the war in the Carolinas.  Sherman, William Hardee, and an escaped slave, who see the fight from very different sides. 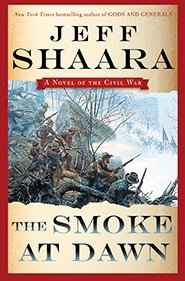 The Smoke At Dawn by Jeff Shaara, 2014. A Novel of the Civil War -  The 3rd volume in the “war in the west” series – the decisive campaign around Chattanooga and Lookout Mountain which opened the door for the North’s conquest of Georgia.  Patrick Cleburne, Braxton Bragg, Grant and Sherman, plus the foot soldiers who made the fight. 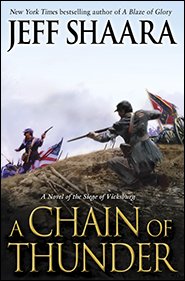 A Chain of Thunder by Jeff Shaara, 2013. A Novel of the Civil War – The 2nd volume of the “war in the west” series – Grant’s relentless siege of Vicksburg, the campaign that changed the war.  Sherman, Pemberton, and the Union soldiers who faced the fortified Confederate positions, plus the voice of a 19 year old girl who endures the same challenges as the army sent to defend the civilians. 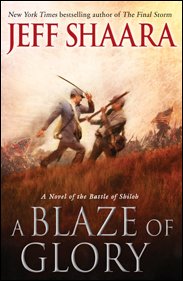 A Blaze of Glory by Jeff Shaara, 2012. A novel of the Civil War -The opening volume of the “war in the west” series, focusing on the horrific tragedy, for both sides, of the Battle of Shiloh.  Albert Sidney Johnston, Sherman, Grant, and the foot soldiers who faced off for the first bloody tragedy of the war. 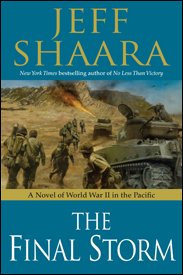 The Final Storm by Jeff Shaara, 2011. A Novel of World War 2 – The 4th and final of the series, focusing on the brutal fight for Okinawa, and the dropping of the atomic bomb – the end of the war in the Pacific.  From Chester Nimitz to Paul Tibbets, to the Marines who confronted their Japanese foe, plus the voice of the Japanese commander on Okinawa. 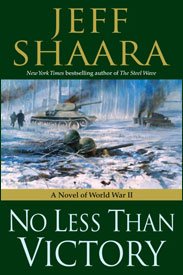 No Less Than Victory by Jeff Shaara, 2009. A Novel of World War 2 – The third in the series, the story of the Battle of the Bulge (Hitler’s last gasp campaign to turn the tide), and the brutal discovery by American GIs of the Holocaust.  Eisenhower, Patton, Germany's grand old soldier, Gerd von Runstedt and Albert Speer, the voice closest to Hitler himself. 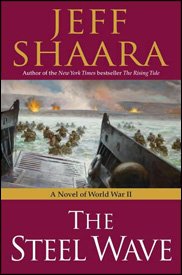 The Steel Wave by Jeff Shaara, 2008. A Novel of World War 2 – The second volume in the series, focusing on the D-Day invasion. Eisenhower, Patton, Rommel, and the paratroopers and foot soldiers who made the fight. 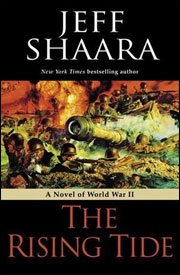 The Rising Tide by Jeff Shaara, 2006. A Novel of World War 2 – First in the series, America’s first involvement in the European theater, Eisenhower, Patton and Rommel, plus the paratroopers and young soldiers who made the fight, including the brutal struggle for North Africa, and the Allied invasion of Sicily. 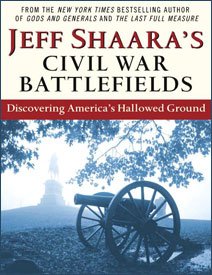 Jeff Shaara's Civil War Battlefields by Jeff Shaara, 2006. Non-fiction guide to the ten sites every American should visit- A subjective list chosen by Jeff for the poignancy that even the non-Civil War tourists can find appealing.  More than the usual guide book, offering quirky out of the way tidbits, plus the summaries of why each place matters. 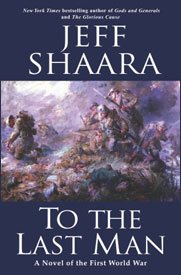 To The Last Man by Jeff Shaara, 2004. A Novel of World War One – The epic battles in the air, from the Red Baron to the Lafayette Escadrille, moving then to Black Jack Pershing to the Marines, turning the tide from the bloody stalemate to Allied victory.  Winner of the American Library Association's "Boyd Award". 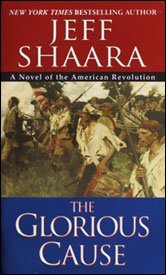 The Glorious Cause by Jeff Shaara, 2002. A Novel of the American Revolution – The concluding volume of the 2-book set - The great war against the British – George Washington’s struggle to drive his ragged outnumbered troops against the finest soldiers in the world.  Nathanael Greene, Lafayette, and the British commander Charles Cornwallis, plus Ben Franklin in Paris. 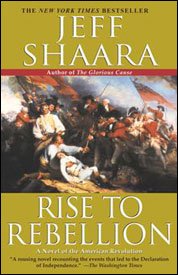 Rise to Rebellion by Jeff Shaara, 2001. A Novel of the American Revolution – 1st in the 2-book series – The dramatic story of the founding the our nation, told through the eyes of John and Abigail Adams, Ben Franklin, George Washington, and British General Thomas Gage – From the Boston Massacre in 1770, to the signing of the Declaration of Independence. 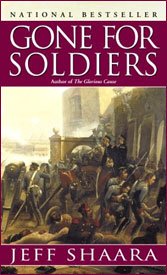 Gone for Soldiers by Jeff Shaara, 2000. A Novel of the Mexican War – Robert E Lee and Winfield Scott wage war in Mexico against the overwhelming forces of Mexican dictator Santa Anna- the cast of characters far more well known exploits in the Civil War – now, as younger men, all on the same side;  Grant, Jackson, Longstreet, Pickett, Joe Johnston and more. 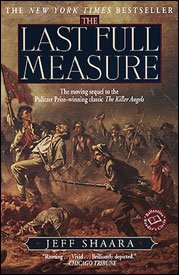 The Last Full Measure by Jeff Shaara, 1998. A Novel of the Civil War – The sequel to The Killer Angels – following Ulysses Grant and Joshua Chamberlain after Gettysburg, the difficult pursuit of Robert E. Lee and his army, which ultimately concludes at Appomattox. 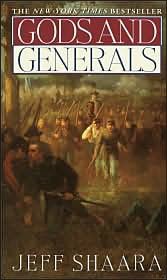 Gods and Generals by Jeff Shaara, 1996. A Novel of the Civil War-  Prize-winning prequel to The Killer Angels, from the war’s beginnings on both sides, up to the great fight at Gettysburg.  Joshua Chamberlain, Winfield Hancock, Thomas “Stonewall Jackson and Robert E Lee.  Basis for the major motion picture of the same name, and winner of the American Library Association's "Boyd" Award. 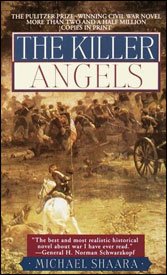 The Killer Angels by Michael Shaara, 1974. A Novel of the Civil War – Jeff’s late father’s stunning Pulitzer Prize winning story of the Battle of Gettysburg.  Considered the classic Civil War novel - The #1 bestseller, and basis for the motion picture “Gettysburg”.