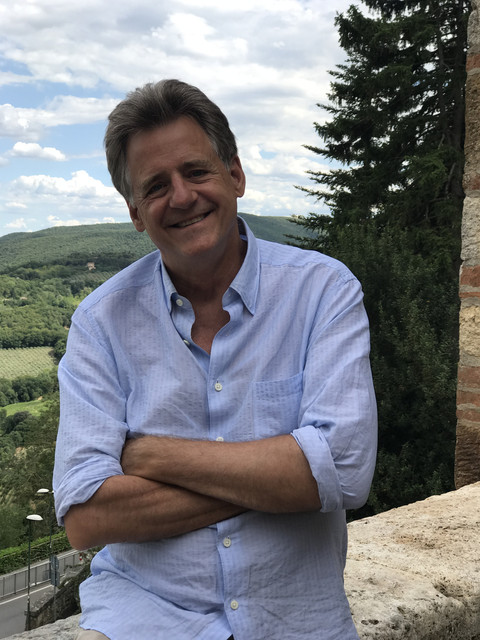 Jeff Shaara, a descendant of Italian immigrants, was born in New Brunswick, New Jersey ("Shaara" was originally spelled "Sciarra"). He grew up in Tallahassee, Florida, and graduated from Florida State University with a degree in Criminology. From age 16, Jeff operated a rare coin business, first out of his home, then in a retail store. After moving to Tampa, Jeff became one of the most widely known coin and precious-metals dealers in Florida. In 1988, Jeff's father, Michael Shaara, died, and Jeff made the decision to sell his business, and take over the management of his father's estate.

In 1993, the motion picture "Gettysburg" was released, which was based on his father's classic novel, The Killer Angels. After the critical and commercial success of the film, Jeff was approached about the possibility of continuing the story, finding someone to write a prequel and sequel to The Killer Angels. After some considerable soul-searching, Jeff decided to try to tackle the project himself. The decision was difficult in many ways, but most challenging because Jeff had no previous experience as a writer.

In 1996, Ballantine Books published Jeff's first novel, Gods and Generals, the prequel to his father's great work. Gods and Generals leapt onto the New York Times Bestseller List, and remained there for fifteen weeks. Critics nationwide praised the book and Jeff's writing ability, and the book was awarded the American Library Association's Prestigious "Boyd Award". No one was more surprised than Jeff himself. In 1998, the sequel, The Last Full Measure, was published, with the same result: thirteen weeks on the New York Times Bestseller List, and universal praise from critics and fans nationwide. What has followed are books covering the Mexican War, a 2-volume set on the American Revolution, a one volume story on World War One, a four book series on World War 2, as well as a non-fiction look at this nation's most valuable Civil War battlefields. With the start of the Sesquicentennial of the Civil War, beginning in 2011, Jeff tackled a new series on the war in the "west", a four book set, which was completed in the summer of 2015.

In 2017, Jeff published his fifteenth novel, a Korean War saga titled The Frozen Hours, a dramatic story of the struggle between the United States Marines and their Chinese adversaries in the fall of 1950, at the Chosin Reservoir.  The Frozen Hours became Jeff's fifteenth consecutive New York Times bestseller. (See the "SHOP" page for the complete synopses of all Jeff's books.)  On May 19, 2020, Jeff's latest, TO WAKE THE GIANT was released by Random House.  The book deals with the attack on Pearl Harbor, and will be the first of a series on WW2 in the Pacific.  The "sequel", "THE EAGLE'S CLAW", was released June, 2021

In February, 2003, the major motion picture "GODS AND GENERALS", based on Jeff's first book, was released by Warner Brothers.

Jeff is now a FOUR-TIME recipient of the American Library Association's "William Young Boyd Award" for Excellence in Military Fiction (for Gods and Generals, To The Last Man, The Frozen Hours, and most recently, The Eagle's Claw).

Jeff has been recognized three separate times by his alma mater, Florida State University. He has received their prestigious "Artes" award, has been inducted into their "College of Criminology Hall of Fame" and in 2011, was awarded the school's FIRST annual "Distinguished Writer's Award". He has also received The Lincoln Forum's prestigious "Richard Nelson Current" award and the "Bell I. Wiley" award from the New York Civil War Round Table.  In September, 2017, Jeff was honored by the Congressional Medal of Honor Society, who awarded him their prestigious "Bob Hope Award for Excellence in Entertainment".  Jeff is only the second author to have received the award, after Stephen Ambrose.  In April, 2018, the Marine Corps Heritage Foundation recognized Jeff's Korea War story, "The Frozen Hours", for their "James Webb Award".

Besides his books, Jeff has penned articles for three Time Entertainment, Inc "coffee table books" on the Civil War, and has written introductions for the re-publication of two notable novels, Ward Moore's "Bring the Jubilee" and MacKinlay Kantor's "Long Remember". He was also a major contributor and participant in the National Endowment for the Arts program "Operation Homecoming", where he led writing workshops for military personnel from bases as diverse as Fort Richardson, Alaska; Fort Carson, Colorado; Quantico, Virginia; and the Persian Gulf, a short stint on the aircraft carrier USS Carl Vinson, plus the guided missile destroyer USS Mustin.

From 2007 through 2014, Jeff served as a member of the Board of Governors of the American Battlefields Trust (formerly the Civil War Trust), the nation's most established, and successful, protector of Civil War battlefield lands.  He currently serves on their "Alumni Board".

After many years in Florida, New York City and the mountains of Montana, Jeff and his wife Stephanie live in Gettysburg, Pennsylvania.